Common Duct Issues That Cause Low Airflow in Your AC

Hiring a licensed air conditioning repair technician in Largo to assess the ductwork for your home and establish the issue causing your airflow reduction is essential. This is because taking the ductwork apart on your own can irreparably damage it and put you at risk of injuries and respiratory problems.

The following are a few of the ductwork issues that contribute to reduced airflow in an air conditioning unit.

The passageways of your ductwork are unseen and in most cases, harbor dangerous elements. The dirt and dust accumulation in the passageway, in addition to other airborne elements, will clog the ducts over time. The clogging, in turn, restricts your AC’s airflow.

Cleaning your air ducts is the number one solution for this. The cleanup is done using truck-mounted vacuum cleaners, among other machines, by professionals.

The prime indicator of duct leakage is poor airflow. Leaking ducts are often a consequence of weak and inefficient seals. The solution is to re-seal your ducts using different methods.

Most technicians will use an aerosol-based sealant to repair leaking ducts. The sealant is pumped into your ducts and attracted to its leaking sections due to a pressure difference. Aerosol-based products seal over 90% of leaks in ducts and improve your air conditioning system’s airflow immediately. 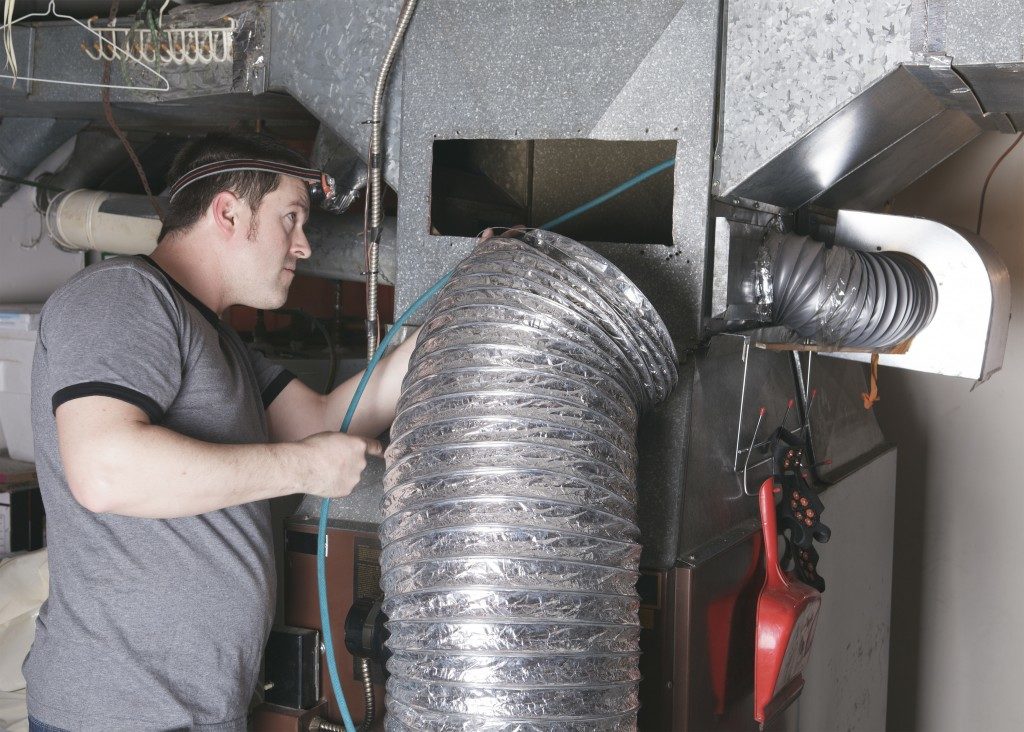 This is a type of friction in which air rubs against itself. Turbulence in your AC unit is primarily caused by a poor ductwork design resulting from the wrong fittings. Air should flow seamlessly through the ductwork to your building, but this cannot be the case with the many turns during fitting.

If your ducts have no insulation or have one that is poorly installed, then the ductwork will not effectively transfer cool air. The cool air will come into contact with warm air, and this affects its flow. Lack of insulation will also lead to condensate accumulation inside your duct, which supports mold growth. This consequently slows down airflow.

A reduced airflow from the above duct issues typically results in high energy expenses, strains your AC system and eventually causes a breakdown of various parts of your air conditioning unit. The diminished airflow, however, might not be the worst thing that could affect your property. The ductwork problems would also affect the quality of indoor air supplied by your AC unit. This could become the sole reason for recurrent respiratory and allergic conditions in your building’s occupants.