If professional interior designers hear every conversation between non-designer people, they will raise an eyebrow from time to time. It is pretty common to confuse a design term with another. Don’t worry; it’s usually not a big deal. Professional designers will surely understand because the number of words there are can be confusing.

Still, even if designer pros won’t wage war over the improper use of words, it helps to familiarize yourself with their correct meanings. Read on to correct some words you’ve been using wrong.

The confusion over these two words is understandable. After all, they are considered synonyms in the English language. But, you should know that they come in succession.

The modern style has roots from the early to mid-1900s. However, the movement of modernism began in the 1800s. So, when you say the style is modern, you are referring to a classic movement. Designers characterize modern decor by simplicity and function. And in terms of interior design, it gained popularity in the middle of the 1900s, so around seven decades ago.

Then after that period came the terms “mid-century modern” and “postmodernism.” To not add to the confusion, in simple terms, a mid-century modern design has bright colors. Postmodernism, on the other hand, is all about breaking the rules and being bold.

Now, what is contemporary? This movement started in the 1970s. Contemporary is a combination of many things; it even adopts elements from both postmodernism and modernism. To help you understand, whatever the current trend is will always be considered contemporary. While the term surfaced in the 1970s, it is not tied to a specific period as it constantly changes. 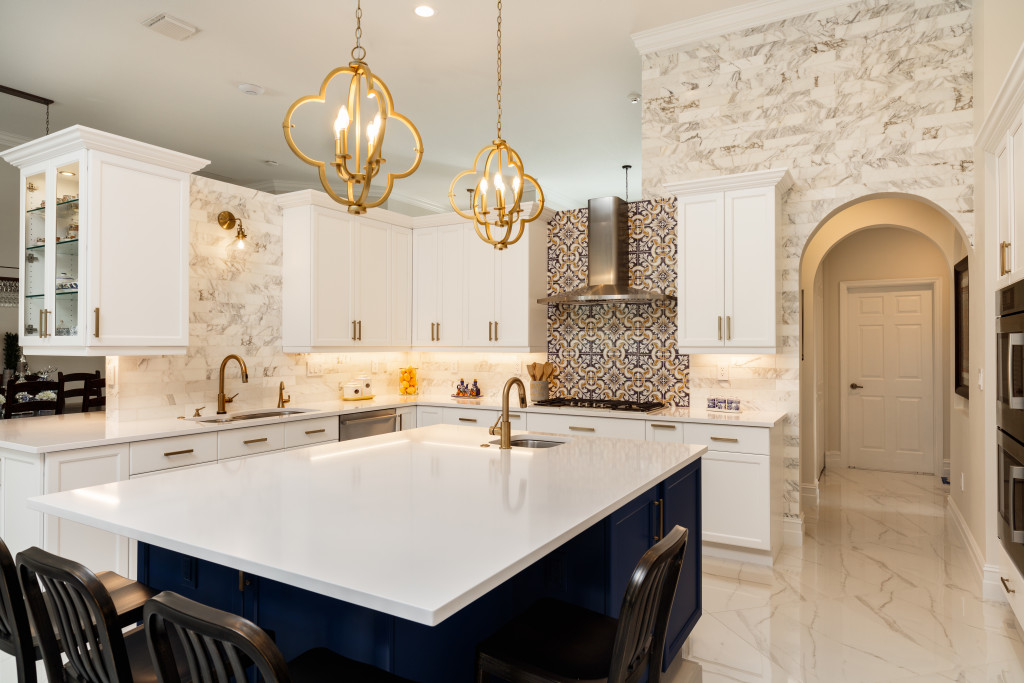 Shade Vs. Tone Vs. Tint

Color theory is critical in design. But the majority of the population doesn’t understand how colors work together. Sometimes you know that this color goes with that because it looks good in your sight. You get matching pillows and throws in bright yellow because you think they will match your black-and-white interior.

Artists usually cringe at the interchanged mention of the words shade, tone, and tint. They are all different, but they are the same in that they are ways to change the saturation of a color.

A pure color is a hue. It is impossible to create depth and various effects if you use just a single hue. So to achieve these, you change the saturation and value of the color.

If you mix some white with the red hue, you create a red with a lighter saturation. That is a tint, and pink is the tint of red.

For shade, you add some black. So maroon is considered a shade of red. The more black you add, the darker the saturation gets. It can get confusing sometimes because you are used to the term shade referring to the different variations of color.

When you mix a color with gray, you get the tone. You are correct in saying that color is toned down when it has a duller saturation to understand this better. Just remember that.

Sometimes you call a bag vintage and a furniture antique. Both terms refer to old things. But to set the distinction, an item is called antique when it’s over 100 years old.

Of course, you don’t always know when an object was made. But it helps to know the popular design style from 100 years back and further to help you classify if something is antique. Since the year is 2021, the youngest considered antique items were made in 1921.

You were not wrong in calling a bag vintage. Most of the time, many people use this term to refer to collectibles such as clothing and jewelry. There are different definitions for what is considered vintage. In general, old items younger than antiques are vintage.

It has become a blanket term, but most platforms where you can sell items define vintage as more than 20 years old. It’s not fitting to call something made in the 1990s vintage, although most people consider it old.

Going for a vintage house design doesn’t necessarily mean you have to go hunting for furniture made in the 1970s. There is furniture marketed as vintage manufactured this year. Making artificial vintage items is an answer to the popularity of vintage house designs. You get the best of both worlds—that is, the aesthetic and the reasonable price point.

It might take a while to get used to the correct terms. Just keep doing it until it becomes natural. Your artist and designer friends will appreciate all your effort.