We Love L.A.—and so Do These Video Games

What are the cities frequented in fiction? Paris, Tokyo, Italy, New York, and its west coast cousin, Los Angeles. The City of Angels, in particular, has inspired numerous, award-winning and memorable works. Joan Didion’s Play It As It Lays, N.W.A.’s Straight Outta Compton, and Angelo Badalamenti’s Mulholland Drive all portray the city that Hollywood made famous in different lights.

One of the newest mass mediums to come to life, video games, has not been amiss in portraying the city in all its glory. Some of the most notable examples of L.A. in videogames are:

The wrought iron gates of the Christ Crown of Thorns and Los Angeles County Art Museum, the grandeur of the RKO Theatre, and the infamous heat of the tar pits are all gloriously detailed in the action detective game L.A. Noire.

Produced by Rockstar Games, L.A. Noire is known for its map’s awe-inspiring historical accuracy. Map planners for the game did extensive research and plumbed archives in order to recreate all the familiar sights and sounds of post-war Los Angeles. Pictures, archival reports, and blueprints made good use of the game’s budget to recreate a believable recreation of a specific time period.

Rockstar Games’ cash cow franchise Grand Theft Auto took players from fictionalized versions of New York City, Miami, and London. Yet only one city made a repeat appearance in two different continuities: Los Angeles. Known in the games as Los Santos, the city was reproduced in themes in addition to San Francisco and Las Vegas in San Andreas, and as a great caricature in the fifth instalment of the series.

GTA V, in particular, reproduced Los Angeles wisely. The foundations of Los Santos remain firmly rooted in reality, but the minutiae are different. A famous hotel and shopping complex will be in the same place in the game as they are in real life, but in different colors and with fictionalized brand names. The changes help develop the personality of the city and make for a unique “what if” scenario.

Out of all the examples so far, Activision’s Tony Hawk’s American Wasteland is the most outrageous of the lot. L.A. in this version has all its proper names, from Beverly Hills to Hollywood, but it also has a lot of silliness like an oil rig in the middle of the sea and a giant skate spot.

What T.H.A.W. gets with pinpoint accuracy is the feel of its skate and BMX culture. Music, fashion, personalities, and language draw from nostalgia and memories of old school skate culture while introducing changes to the system. All of this is filtered through a heavy dose of Hollywood movie vibes, a beloved 80’s plot structure, and an entire continuous map you can bust one big combo in. 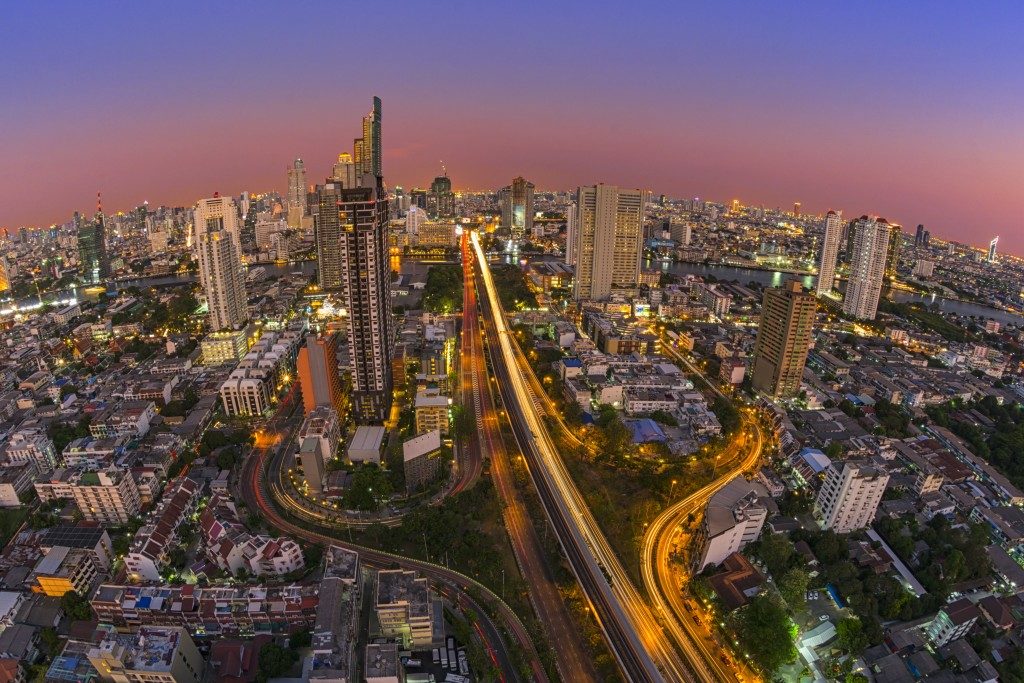 Tourists may surmise from the list that following directions around town from these games require a lot of interpretation. Fortunately for them, they can get real-time imaging of L.A.’s streets through online applications. Mapping technology can go from a bird’s eye view of various locales to the insular, street view level.

L.A. aficionados from every country are also bound to find a community from their country there. The city has a great mix of ethnicity and communities, reflected by the many boroughs of the area. Well-researched tourists can make themselves feel at home while discovering sights and experiences unique to Los Angeles.