It’s now common practice for public places, malls, buildings, warehouses, and other commercial establishments with constant activity to install 24/7 surveillance cameras. CCTV is a trusted security feature, after all, and studies have shown that it contributes to solving crimes.

Surveillance video cameras function as extra eyes for security personnel as they can only be in one place and observe one area at a time. With video surveillance, however, a handful of CCTV operators can stay in the surveillance room and help the roaming guards keep an eye over a wider area. It then becomes possible for guards to patrol one section and also know the status of another.

Surveillance cameras, therefore, are necessary additions for spacious commercial establishments and public places. Its remote guarding function becomes useless, however, without CCTV operators to monitor the screens in real-time.

CCTV cameras are helpful at deterring criminals, and their footage is valuable for identifying culprits. There is, however, a gap between deterrence and crime resolution that only video surveillance operators can fill. 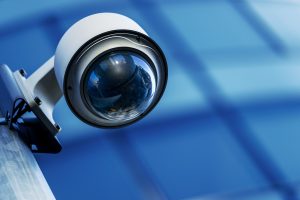 If a determined criminal ignores or tampers with CCTV cameras, surveillance operators can report the incident to the nearest on-site security personnel in real-time. The latter can then respond and stop the crime from progressing.

Installing surveillance video cameras without a 24/7 team of operators is like watching a crime unfold and doing nothing to stop it. It’s counterproductive to the purpose of surveillance cameras and establishments will only lose money for it.

From mischief makers to felons, the threat of being identified through CCTV footage keeps people from carrying out planned vandalism or felonies. A study backs this claim, too. In a survey of 422 incarcerated burglars in Kentucky, North Carolina, and Ohio, 60 percent said they consider CCTV cameras when scouting a target. Over 40 percent said if cameras are present, they’d rather select another target.

The threat of being discovered is a deterrent to those with a mind to break the law. But as the survey results suggest, there’s still a good chance that criminals will push through with their plans. Hence, it’s important that video surveillance operators are present to spot ongoing misdemeanors and alert on-site security of it.